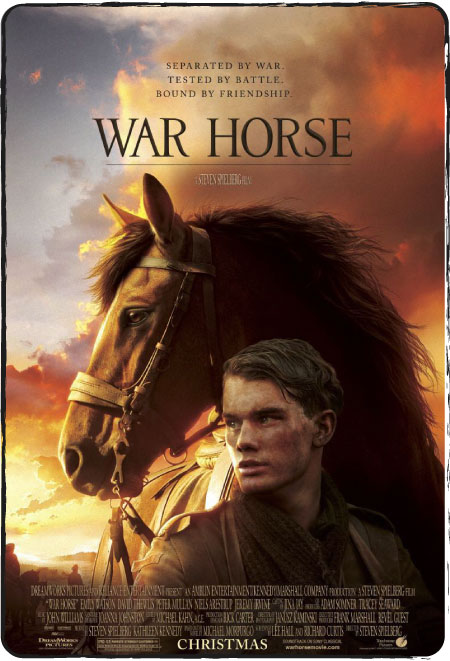 The Oscars are past but I keep going with my to-watch list. This weekend was for War Horse, which received six nominations (including best picture) but didn’t get any awards.

It’s a beautiful movie. It’s the love relationship between a boy and his horse during World War I. The story was first told as a book, then was adapted to the theater and now Steven Spielberg turned it into a movie.

The cinematography is breathtaking. Gorgeous scenes with backlighting. I wanted to die when the horse was suffering (he’s the main character, after all! We know beforehand he’s bound to suffer, right?). It was hard for me. I had to close my eyes at some points. I can’t stand seeing animals suffering!

That’s about it. A good excuse to enjoy some time at the movies. And to finish the list of Oscar nominees (if you’re psyched like me!). But it’s no big deal if you miss it, either…