Feels so empty after the tenth (and last) episode of Gossip Girl’s sixth season. I’m so bummed out. Like, really.

I started to watch it about two months ago, when Gabi Pugliesi was still here and made me do it. She said that since I was living in nyc I should watch at least a bit, that they gave a lot of tips of restaurants and plays, so I should definitely watch it.

I said ok, I’d give it a shot and see what that all was about.

An average of 2 episodes a day. I feel almost like one of them. 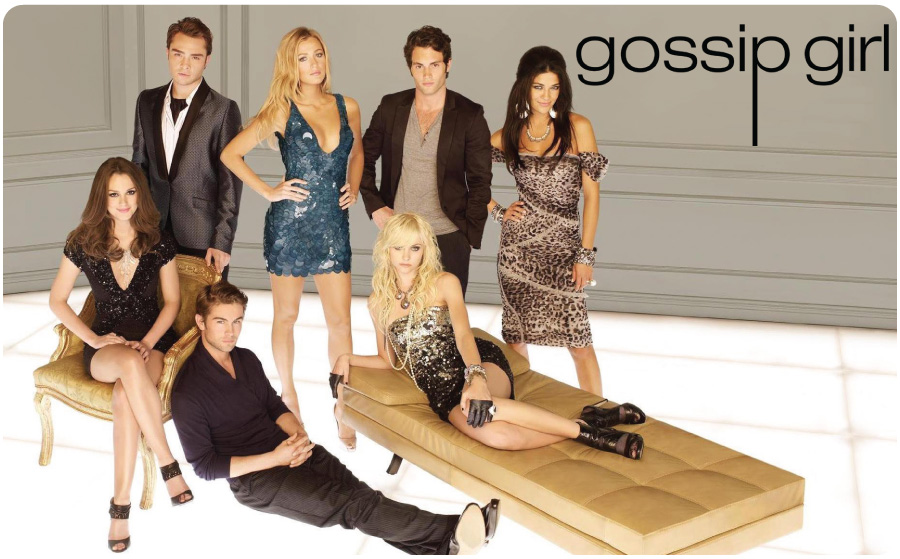 When I started watching it I found it pretty silly. Cute, but silly. I don’t love the costume design like everyone said I would (just the black tie stuff) and I didn’t go crazy about Serena. It was much more about Blair. The show got me with the Blair and Chuck, Chuck and Blair thing.

OH MY GOD! You told me so… Many of you warned me “get ready to fall for Chuck” and you were so right! Fate kept putting Nate on my way the whole time (I saw him twice on the subway), but as for Chuck (my true love)… Nothing 🙁

Shall we dedicate an entire paragraph to this man? Like, forget that he’s a character? I don’t even know the name of the actor who plays the role, so let’s talk about Chuck as a real person. Not a fictional character. I mean, what’s with that man?? Where can I buy some? That low, hoarse voice, that subtle glance… The guy has a great love and is focused on that. All he cares about is her, nobody else. Help! So you can have an idea, I’ve even dreamed about Chuck. That’s how intense our relationship has been throughout those two months (#justsaying)

Enough with my crush and back to the show now!

I guess the show hits its climax about halfway through the, between the third and fourth seasons. The end, when someone’s father comes back from the dead, Blair marries the prince then ends up with Lonely Boy (whaaat?? That was a huge mistake! So absurd!), Serena becomes GG… I guess stuff got a little out of hand there. The Mexican drama is pretty catchy though, even surprising at times. And there are loads of nyc tips indeed (I knew 90% of them already, but it’s pretty cool to see the places you’ve been). So yeah, watching it from here really makes more sense.

A delightful pastime! I went through the entire thing, from beginning to end. And when I started I never thought I’d finish it. I looked at the five 24-episode seasons and the 10-episode sixth season and sighed. 130 episodes? How could they possibly have enough plot for all that?

And so it went… And it kept going… I loved going to bed and having an episode to watch before falling asleep. That became a routine. And when I saw it was over.

Now I have this huge hole to fill. So bummed out. Broken hearted.

I just love some binge-watching. Especially with shows that are already over so I don’t have to wait for the next episode.

Now I just have to find the next one.  Breaking Bad was the first on my list. But I’ve been so into this girly thing that I’m reconsidering. Girls, maybe. I don’t know…