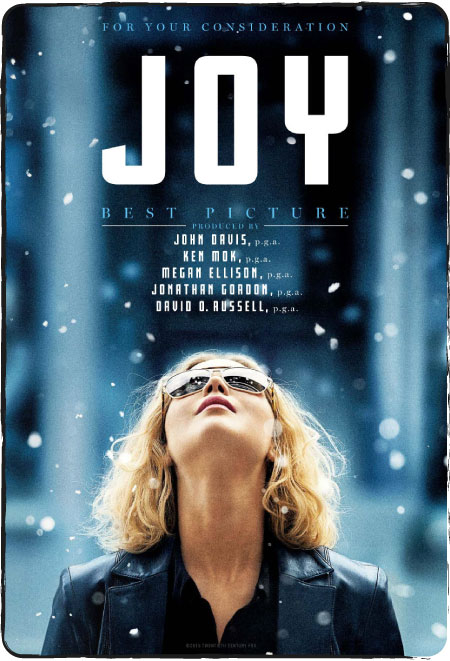 It’s been so long since I’ve watched Joy that I don’t even know exactly what to say about the movie.

I decided to write about it twice and then let it go. Didn’t feel like it. Maybe because I didn’t enjoy it very much.

In fact, I don’t remember much of it, just some feelings I had…

I remember my boyfriend didn’t enjoy it. So I asked him this time what he thought of it, since I was going to try to write it one more time. And he said the had no idea what it’s all about either! So I felt a little better… ‘Cause I remember some of it.

I mean, I love Jennifer Lawrence. It’s her face on the poster, so I’m buying the tickets to see what she’s up to this time.

Not to mention that, with this movie, she was nominated to the Oscars as best actress in a leading role. Yep, FOURTH time! And all of them (including the third, when she won the award for her performance in Silver Linings Playbook) were movies by the same director, David O. Russell..

Which means… We gotta watch it, right? It’s a no-brainer!

It tells the story of a young divorced mother, Joy, who becomes a teleshopping phenomenon after designing a self-wringing mop.

That’s it. With a dysfunctional family, problematic ex-husband, troubled mother… Everything a bit out of hand, you know?

It didn’t touch me though, too lengthy and dull.

I guess it doesn’t make for good fun or reflection… There’s definitely something missing.

Have you seen it?