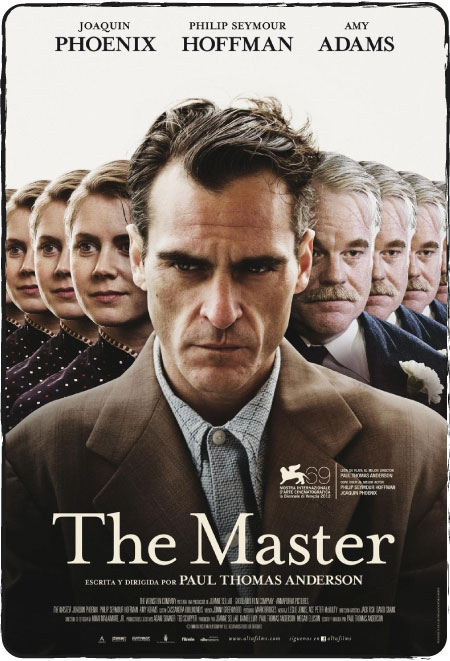 Another film off of my Oscars Marathon list! This time it was the uncomfortable The Master, directed by Paul Thomas Anderson. Crazy. Literally. Electrifying, distressing, insane.

The title alludes to the character of Philip Seymour Hoffman. He plays exquisitely the leader of a religious organization, a kind of sect, like scientology. That Tom Cruise religion deal? My knowledge of the subject is close to zero and, frankly, the film didn’t help me with that.

The story revolves around Freddie Sutton (Joaquin Phoenix), a former alcoholic who becomes a disciple of Lancaster Dodd, played by Hoffman. And as the master inculcates the concepts in his head, he starts to question him about it all.

It’s two-and-a-half intense hours on the hands of those characters. Phoenix’s work is exquisite. His body took the shape of the character. The feeling is that something has been modified there. Everything to fit the character. It’s actually distressing. There are some beautiful scenes between both of them, though.

Amy Adams is also fantastic in the role of the faithful wife, life and business partner. In fact, the three of them were nominated to the Oscars. It couldn’t have been otherwise… They nailed it.

It’s not an easy movie to process, though. Be prepared!

Take a deep breath and go!