I tried to write this text about three times. It didn’t happen. Not a single line. Maybe because I tried to describe the indescribable. But let’s try one more time…

I went to New Jersey to see my greatest muse. The tour didn’t have (still doesn’t) a scheduled date for New York so I didn’t want to risk missing it. The only Beyoncé concert I saw (didn’t see, actually) was in Rock in Rio and it was so frustrating. I was so far from the stage that all I could see was a little dot in motion. So I doesn’t even count. On The Run was my first concert. And what a concert…

I was on aisle fifteen. So close to the stage. Thank God! The investment was totally worth it. If I have another opportunity I’ll go again and try to get an even closer seat! It’s over 40 songs. A two and a half hour concert. Which you don’t even realize. It flies. 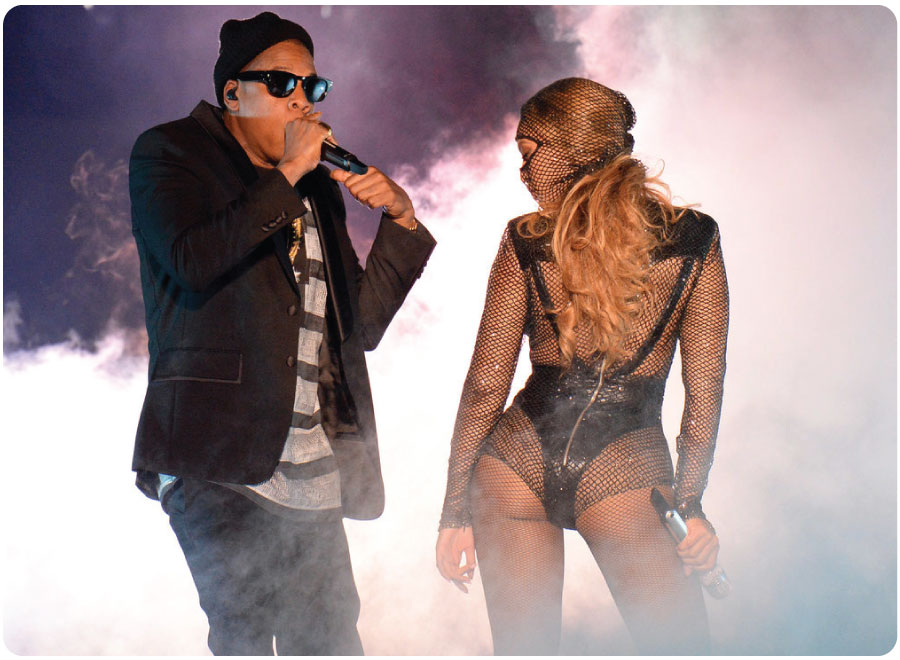 I must confess that I was a bit disappointed with the fact that I would enjoy less Beyonce time to see some Jay Z. I love his music but it was her I wanted to see. I bought the tickets to watch Beyonce. Not On The Run. And I left COMPLETELY in love with him (too)! It couldn’t be a more perfect couple. 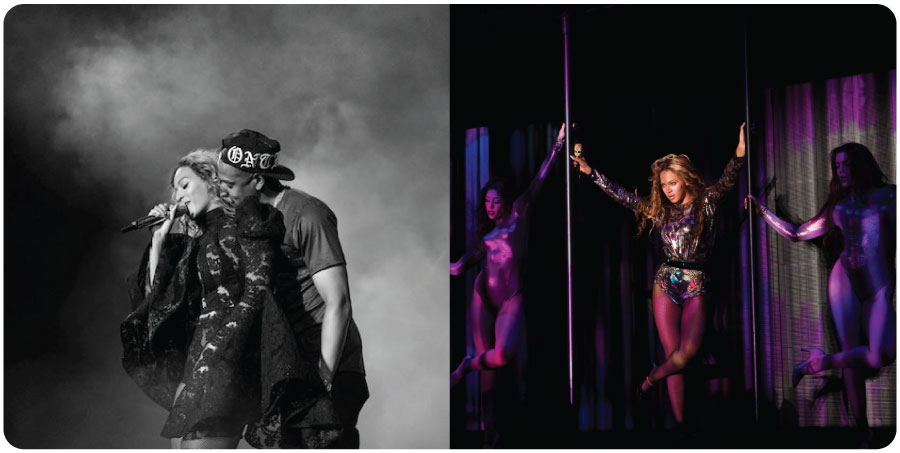 I don’t know much about technical stuff. Acoustics and all. But it was the best sound quality I’ve ever experienced in a concert. Everything fit so perfectly. I felt that even the endless wind jets were meticulously studied and directed at every move of hers.

There are several videos on the huge screens showing her costume changes. It it’s not just her. He goes along with it.I don’t know if he changes as many times as she does, but there are several costumes there. I love all the videos. So sophisticated. Really, really good. But I guess I’d rather have less videos/costumes and a couple more songs on the set list. It’s 40 songs but we leave the venue asking for more! Wishing it would never end!

They almost don’t speak to the audience. A little “hi” at the beginning. And “bye” in the end. But, really, it’s not even necessary. It’s all so perfectly directed. There are so many things going on the whole time, fire, different stages, changing scenography. One passing the baton to the other. And (to prove myself wrong!) my favorite moments were those when they met for a duet.

In fact, I love that Jay Z feat. Justin Timberlake song, have you heard it? In the concert, Beyonce sings Justin’s lines. And I just can’t stop listening to this version. It was (hands down!) my favorite. I got major goose bumps. Head to toe. Her face is on the screen in a close-up the whole time. And she feels the song intensely. It was just the two of them on stage. Nothing else. No effect. Dancing. Wind. Nothing. And it was more than enough.

I don’t know how to upload my video here (I filmed the entire song!) but I got the one from the Miami concert, where you can listen to it perfectly, check it out: 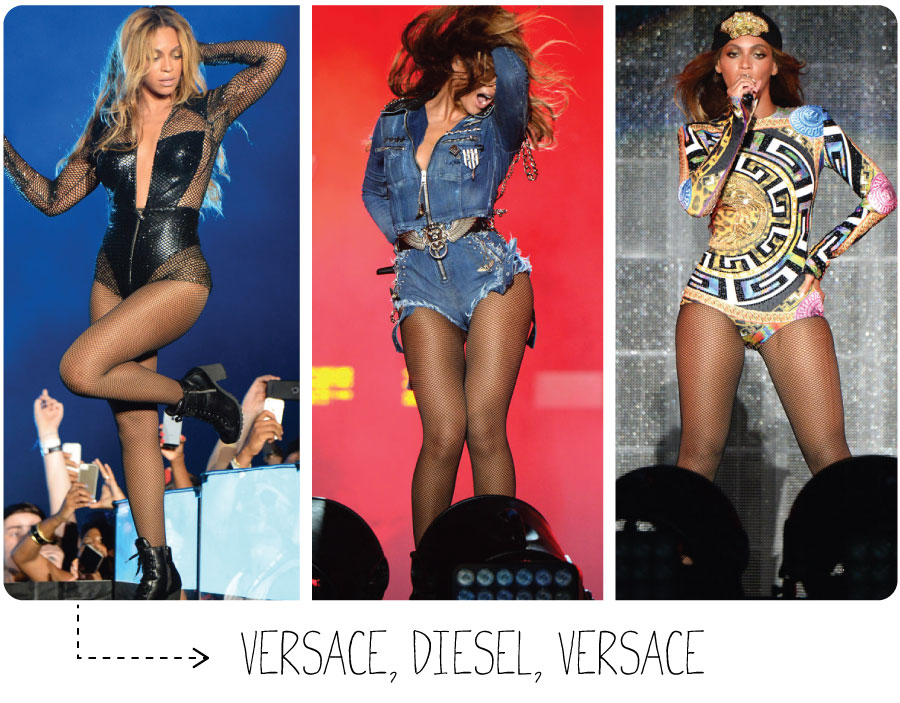 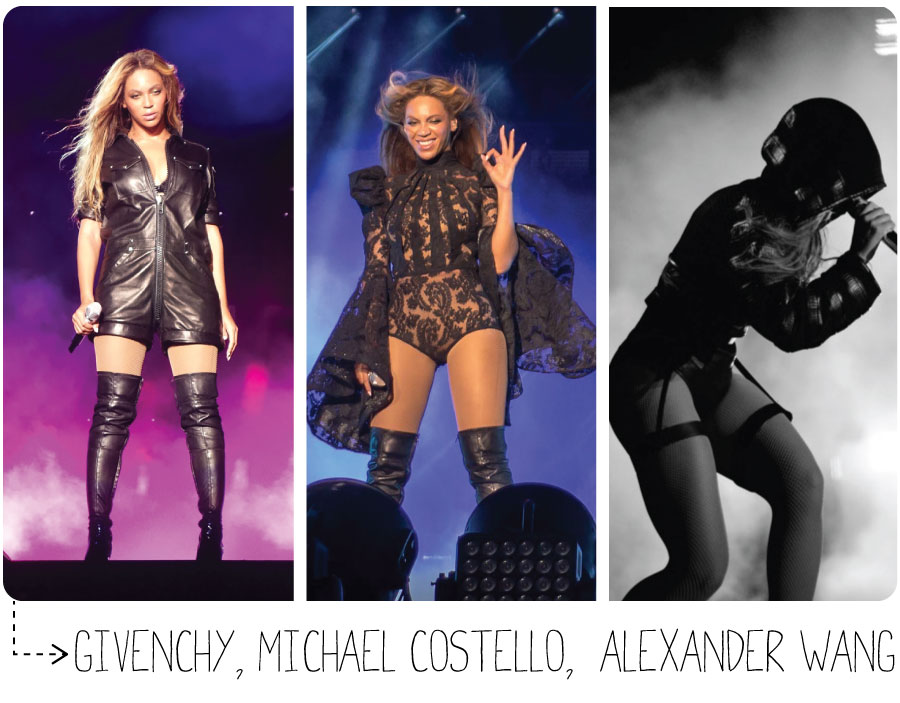 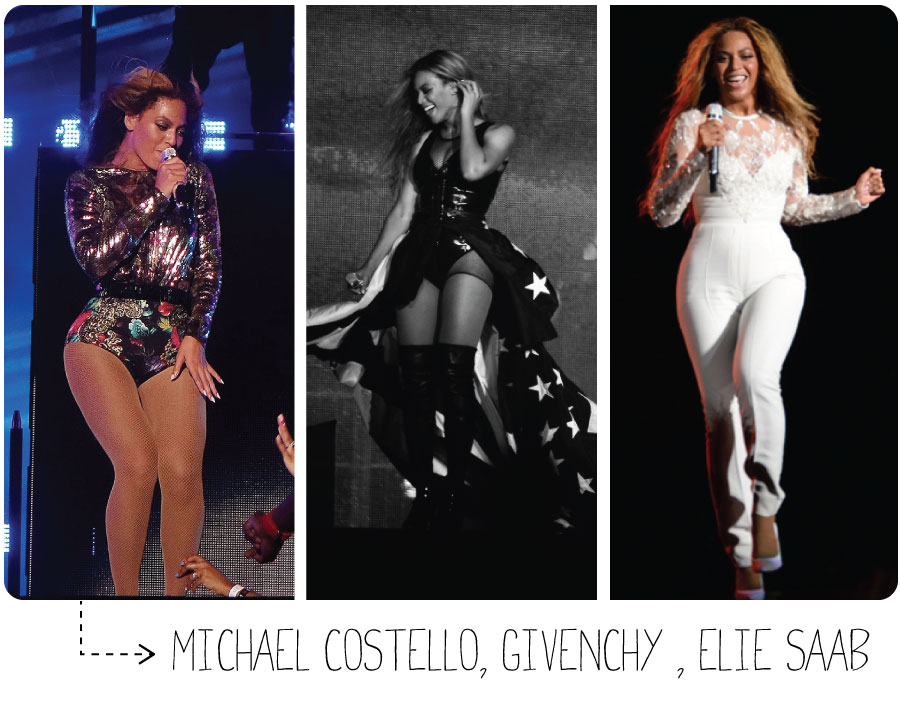 Btw, my instagram is full of those videos! It was stronger than me! I guess I filmed almost the entire show. And posted some stuff! I was so desperate to record it, to have that with me forever…

They end the concert on a second stage in the middle of the stadium. I almost passed out. All cell phone lights on (I posted the video to instagram!) and them singing Forever Young together. Everyone singing along. So beautiful… Touching!

I just feel like describing each of the songs. I could stay here for a whole day. But that’s what I said in the beginning of the text, you have to see it in order to understand it! You have to be there.

Now let’s examine Bey’s costumes? I have some here for us! Check it out:

I read it’s 14 total! But you feel like it’s many more! Almost like an outfit for each song. My favorite is the first Versace, in which she opens the concert, with that little net on her face! Loved it!

And I’m still so overwhelmed… Missing it already…

Can you miss a concert you watched?

I guess so! It’s the closest I got to explain how I feel!

Thank you Beyonce for all that…

You just found your way into my heart!