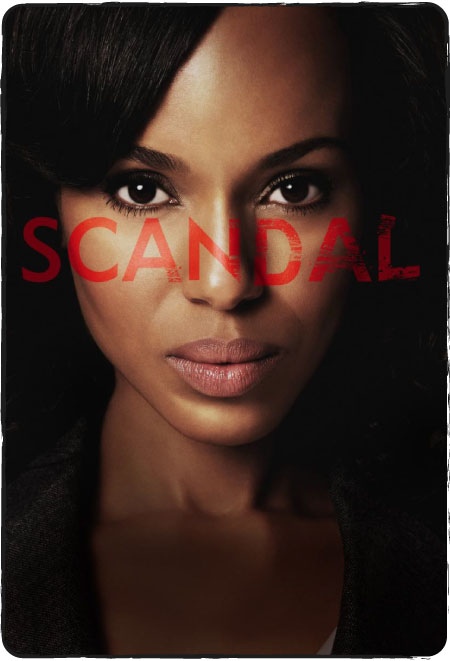 My expectations about Scandal were way too high. Of all the titles you’ve recommended, this was the most popular. The one that appeared the most in the comments. Since my first post of this tag. And I have to say this right away: I dropped it halfway through.
Yeah… I swear. This is the first time I did that. I got to the middle of the second season and just got so bored… That’s it.
I started to watch it here in NY. The first season actually went by pretty fast. I went nuts with the romance between Pope and Mr. President. Maybe because I love to be in love… Because I enjoy some platonic love… I don’t know. What I know is that I memorized her well crafted responses to when something didn’t quite go the way she expected or when she had to swallow her pride. A love warrior… She masters the subject! I loved it!
And I guess it was his scarcer presence in the second season that made me lose my interest. I actually dropped it at the episode he appeared. I fell asleep in the middle of it, missed his comeback and never watched it again.
So, yeah…The magic’s gone. And I just don’t feel like having it back. Do you want to kill me? Make me go all the way? I’m expecting the telling-offs. Go ahead!
I didn’t fall for any of the characters either. Like Alex in Grey’s. Daniel in Revenge. But nothing in Scandal! No hot guys to make us sigh, right? Alright, I’ll admit Mr. President is charming his own way. But still… No big deal.
Now to the screenplay… Well written. Well crafted. But pretty soap opera-ish. I’ve just come from Homeland and Revenge, where each episode felt like the last one. You could never know if things were going the right way. Unreal. And Scandal has more of a Grey’s vibe. In case you don’t know, it’s by the same writer! But, in this case, no rush to keep watching. No “wow” feeling, right? Does anyone disagree?
Nothing against soap opera-ish though… Grey’s was the ultimate soap opera and I stayed up several nights watching it. I basically stopped living for three months, held hostage by the show. Because they had all the ingredients. It was overwhelming. And I guess here with Scandal something is missing… I don’t know…
Anyway… I found it a bit humdrum. Was I in the wrong mood or does anyone else think that?

So I started with another show…

And you won’t believe which one…

Extremely late, but Gabi Pugliesi convinced me that, while I’m in NY it’s a must-watch. She left me no choice. Told me to trust her and watch at least a bit. At least the first season. So I did it.
I started watching Gossip Girl this weekend. No, I had never seen a single episode. And yes, I know it’s old, it’s over actually, but I’m talking about it anyway.
I don’t even know how many seasons there are… Haven’t even seen it! I’m on the fifth or sixth episode of the first season. The only thing I know is that I always run into the babe who plays Nate at the nyc subway. I knew I’d seen his face, now I know exactly who he is!
I told a friend about that and she almost passed out. No kidding. I can see it’s Nate I’m falling for, right? That’s good… Hot guy: check!
I’ll come back to tell you what my impressions were!

How about you? What have you been watching?