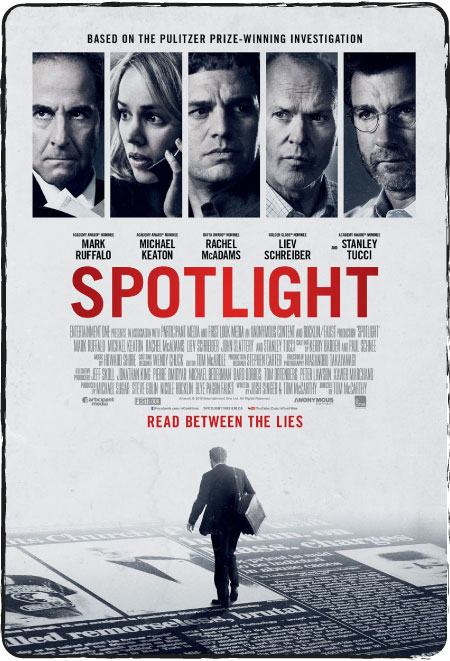 I ’ve been so negligent with my Oscar Marathon this year, right?

There’s a bunch of movies yet to be seen!

Can you forgive me? It was too much for my little head!

I was outside Brazil, full of classes to attend, lines to memorize, not to mention my boyfriend…

And so the movies got to the bottom of my priorities list!

Anyway, I’m still keeping up with it, since the Oscars are past by the movies are still around to be watched!

So I ran to see the winner for best picture the day after the ceremony!

Is it out in Brazil yet? I don’t even know…

It’s the true story of a group of journalists at the Boston Globe, who investigated a pedophilia scandal involving the catholic church in the early 2000s.

Not much to be said, right?

Get ready to lose your breath at every new information we gather along with the characters!

I feared there would be too many strong scenes, that we would see the children in the situation. But no! The movie is 100% sensationalism-free. ,

We feel almost like we’re watching a documentary. We put the pieces together by the same time they do, which for me was a great solution by the director/screenwriter. Since it’s all so absurd that doesn’t even need to be shown. We’re outraged just from knowing about it.

I’m still trying to process everything the film presents…

Putting myself in the families’ shoes, just thinking how things get to that point and the church still pretends not to see it…

Endless unanswered questions and several bitter sighs from those who dream of a better world. With better human beings.