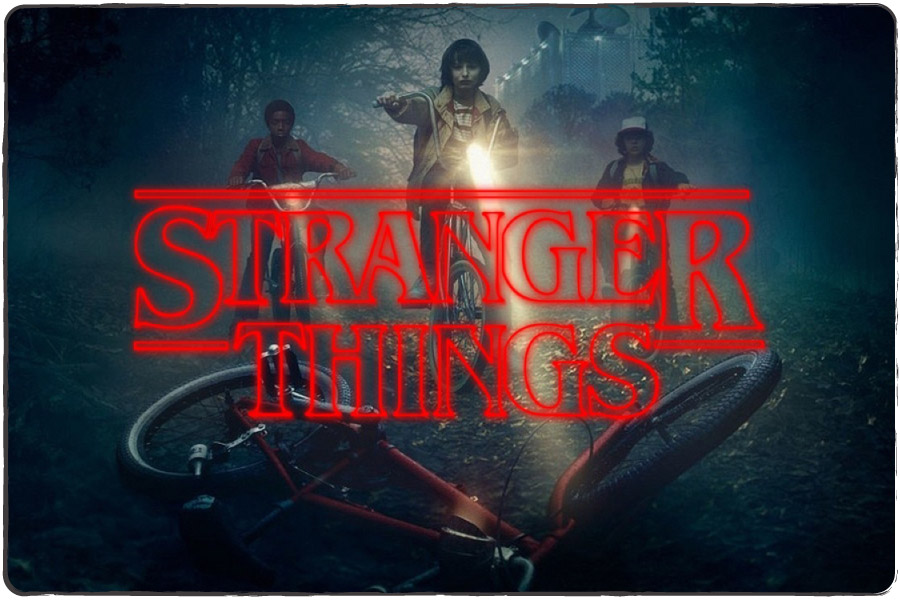 On the same week Netflix launched Stranger Things, I heard about five people saying how incredible it was. That I should definitely watch it.

It took me a little while to catch up, and during this time I heard a bunch of other people recommend it as well. They were pretty passionate about it. It was a short season, eight episodes only, so I decided to get to it.

My expectations were set so high that I got a bit frustrated by the first episode. I wasn’t as thrilled as I expected to be.

The story is set in 1983, in a small American town. It all starts with the disappearance of a boy and a new girl showing up. The main cast is composed of four fantastic children along with Winona Ryder (we’ll talk about her a in a minute) and that’s the best part of the show since they were amazingly cast.

The entire story evolves around the children’s friendship, and the actors really nail it. They’re very, very good. And the girl, the only one in the group, who has supernatural powers (you learn that from the first episode) is also fantastic – and she barely has no lines. It’s all about her gaze.

It’s a mix of sci-fi and supernatural horror. And in the middle of all that, subjects such as detachment between parents and children, loss of innocence, first love, frustration, fear…

And then we have Winona Ryder, extremely committed to the role. So nice to see her performance as the missing boy’s mom. I really enjoyed it.

I must confess that in some moments I found it a bit lengthy, dull. Things started to get better around the fourth episode, but got a little boresome again by the end. But you can’t deny it’s a good thriller. I wasn’t as excited about it as most people, but I definitely enjoyed it!