That’s my beloved friend Renata Vanzetto’s new enterprise. For those who never heard of her, I’ll break it down: self-taught cook, born and raised in Ilhabela (lucky her!), she opened her first restaurant, Marakuthai (still in the island!) when she was eighteen, can you believe it? Yep, eighteen. Go figure…

Then the business expanded, won a bunch of awards for best contemporary cuisine restaurant in the North beachside and she brought it to São Paulo.

Opened a new location. Then she started a wedding catering service. Then, she opened MeGusta (a bar, also in Ilhabela). As if it weren’t enough, last fall she launched her latest enterprise along with her cousin (who’s also a chef) Aline Frey: EMA! Which I was glad to get to know yesterday! 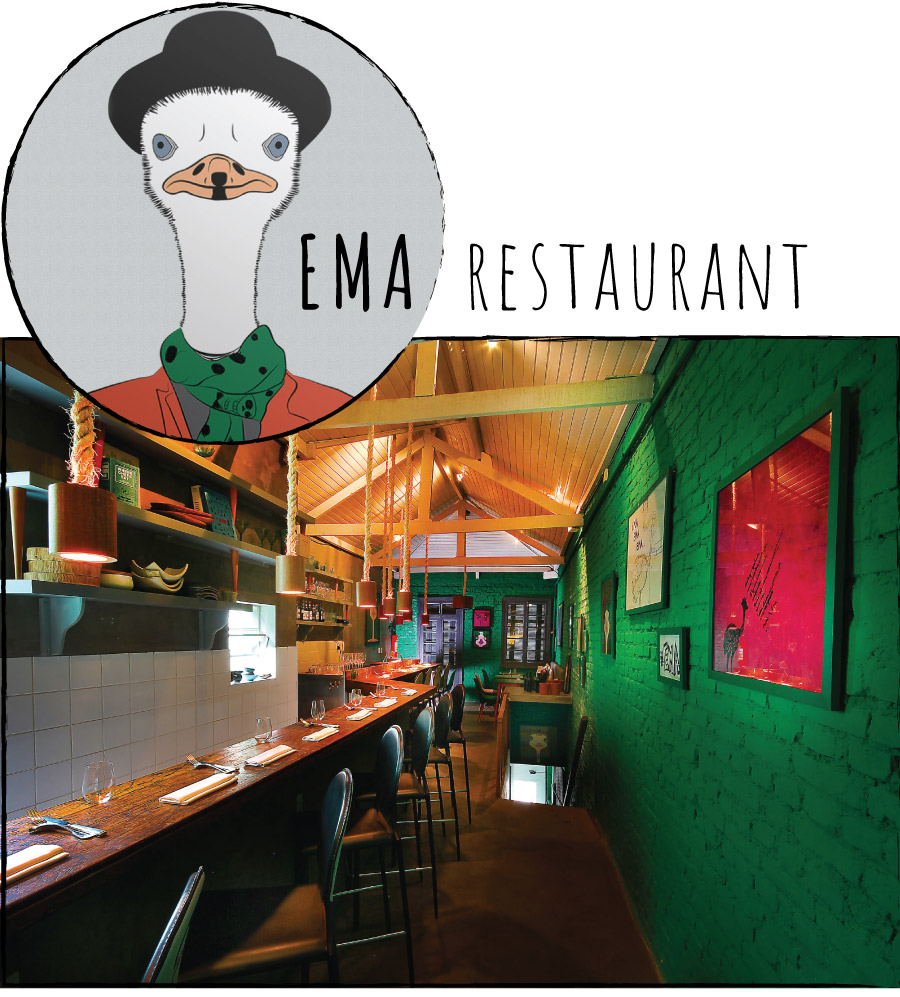 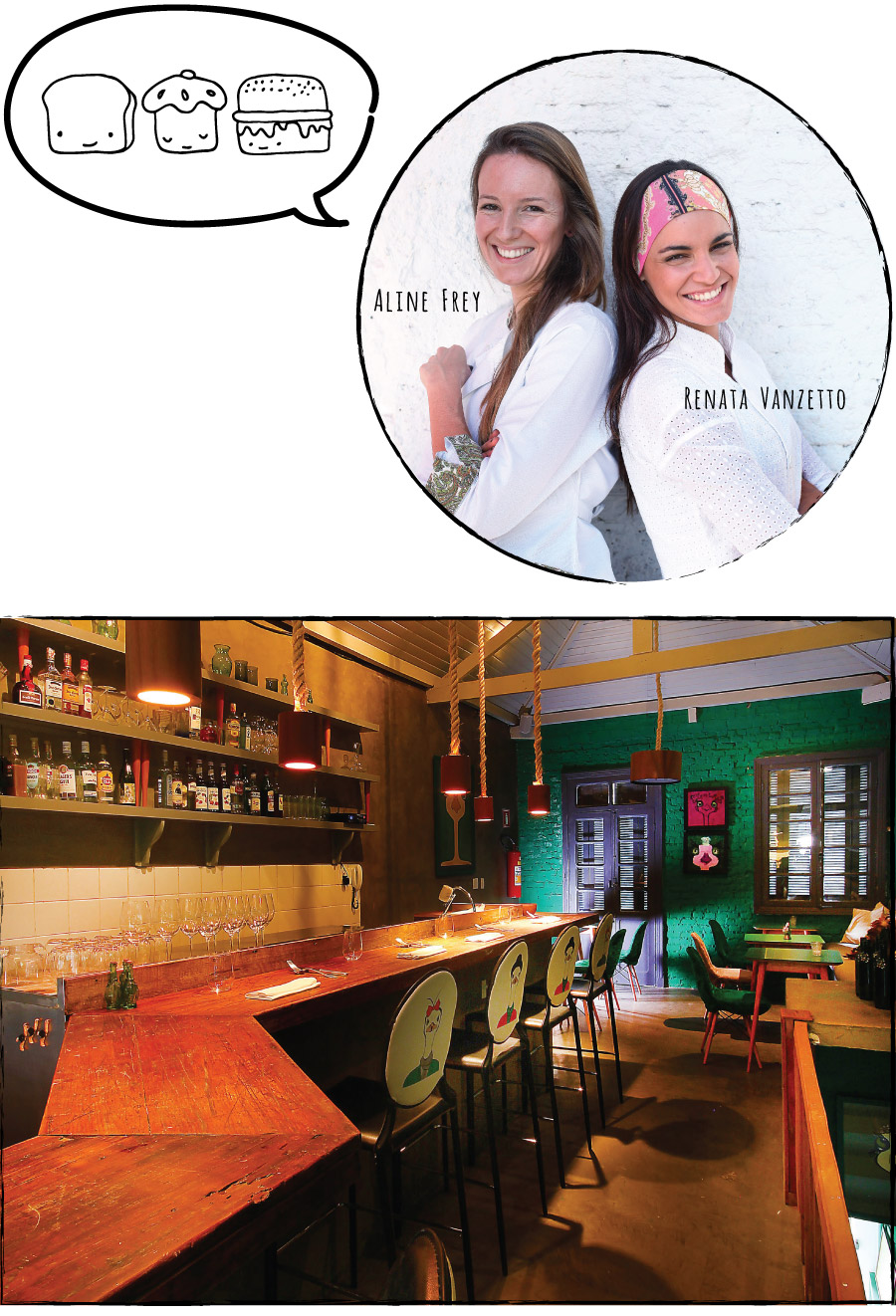 It’s 27 seats. Only. Tiny. Just right. The feeling is of going down to a friend’s place to grab a bite (talk about a bite!). There’s a bar and five tables. Dim lights, just right. Good music on the background. Cute decoration. It’s all very cute. Cosy. Perfect for a date. Or an intimate birthday get together. Book the entire EMA for you and your friends. Working on that!

Now let’s get down to business! FOOD! 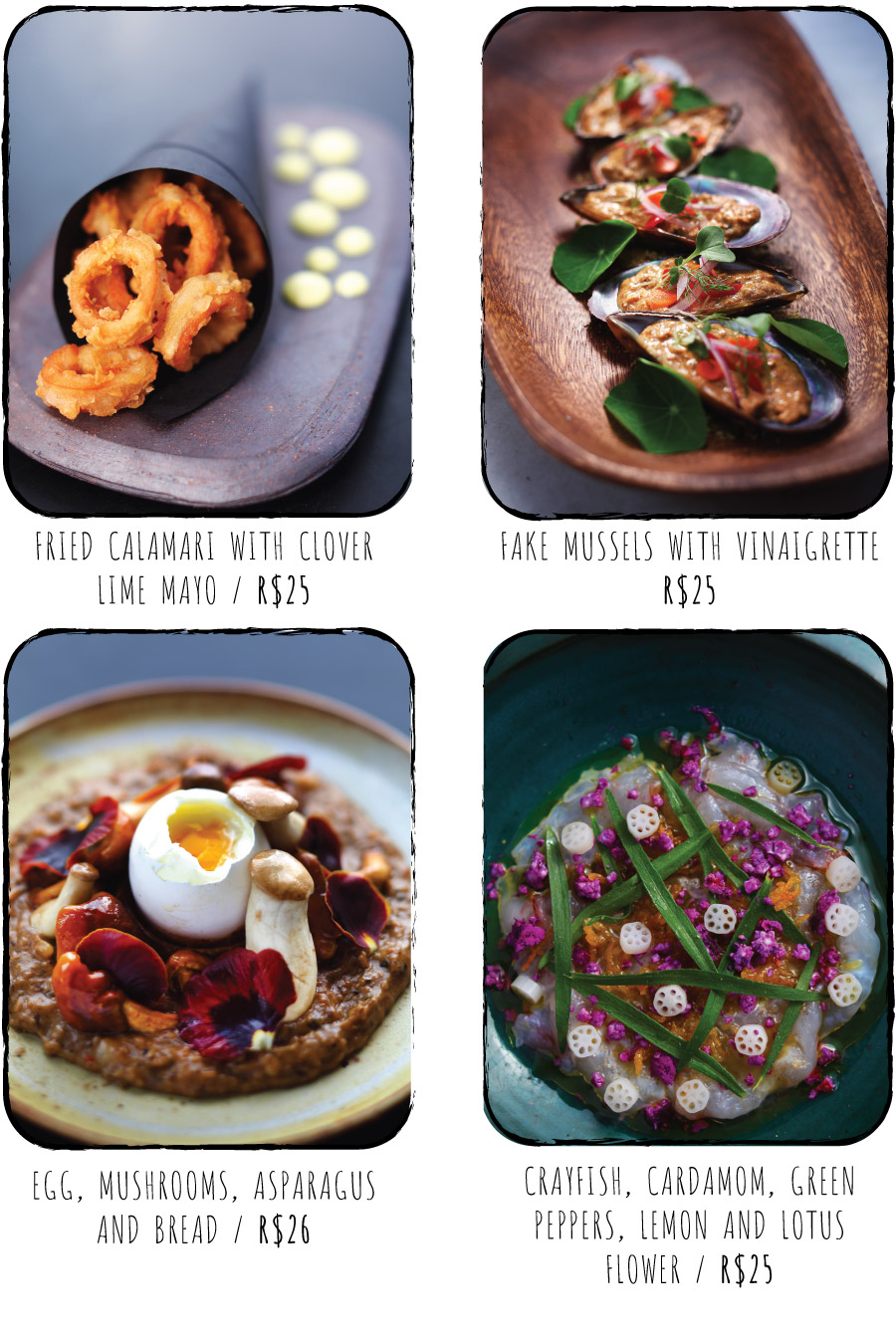 They call it root cuisine. Like a reinterpretation of Renata’s childhood food, along with author dishes she developed in the last couple of years. The deal is the menu changes all the time. Like yesterday, she made from scratch two appetizers I ate basically while crying tears of joy. And they’re not on the menu, she just made them up for us on the spot. Intuitively. Boy, they were good. Perks of sitting on the bar and being close to the chef! You’re almost part of the preparation of the dishes.

The APPETIZERS! Try them all if you can. Get there, order your cocktail (I had the best sangria of my life! I’m not exaggerating!) and taste the appetizers. Impossible to tell what’s the best… I tried almost all of them! 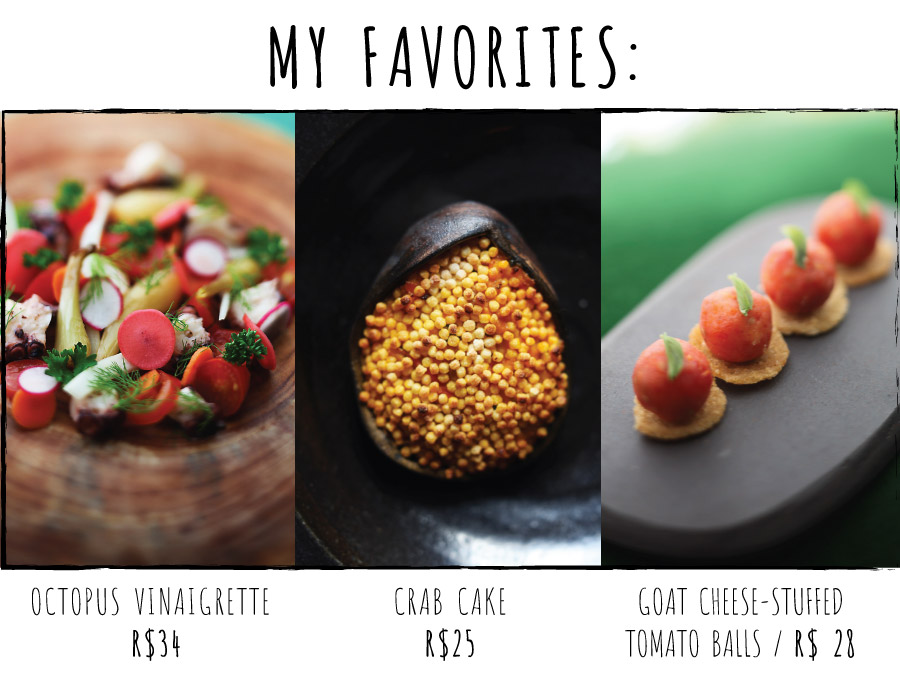 This octopus in from out of this world!

And the presentation is amazing! Crystals, leaves, pieces of wood.

The dishes we ordered: 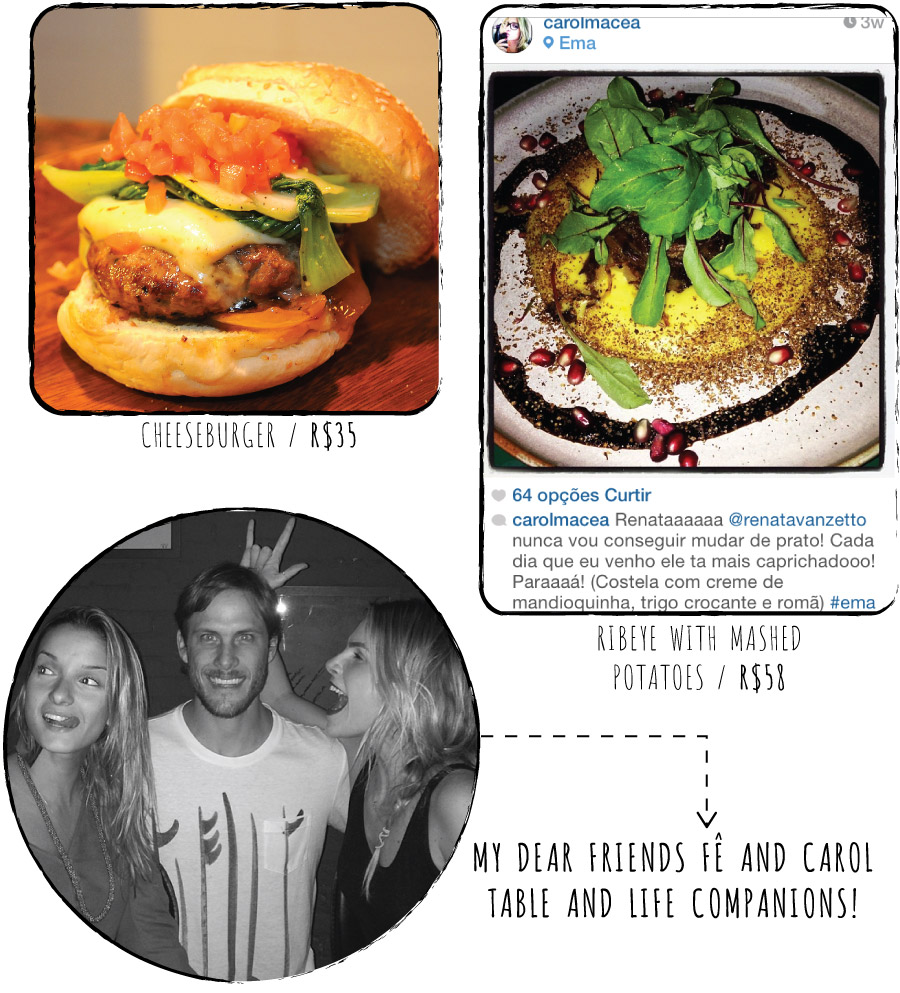 Those mashed potatoes that come with the ribeye (my choice!) are unbelievable. The whole dish is, actually. So, so good! I grabbed a piece of my friend’s cheeseburger and it was amazing as well. That means we have to go back and try it all.

I ended up not ordering any of the desserts, which are also pretty well-known. The conversation was great, so was the sangria, and I ended up not having any dessert.

Another of the many reasons for coming back!