Another trip to New York, another list of new must-go restaurants!

I’ve made two or three lists like that before, right? Have you seen it?

That’s why I love this place so much…

Wanna check out my feast? 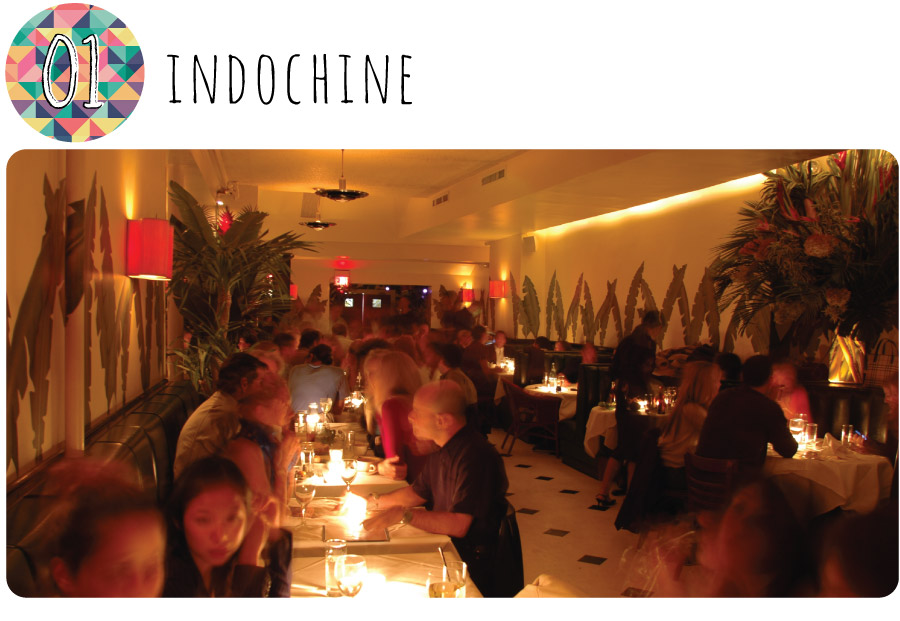 I had never seen that many beautiful people in an only place – along with some amazing food as well. Actually, it’s a pretty tough choice between numbers 1 and 2. But since #2 is not open to the public (members only! I’ll get to it in a minute!), I thought it would be fairer to hand Indochine the first place.

This restaurant is nothing but new, alright? It’s pretty traditional. I had never been there though.

You have too book in advance, it’s pretty pricey, always packed, but it’s definitely worth it.

My favorite of the season, hands down!

Perfect for dinner and drinks before a night out! 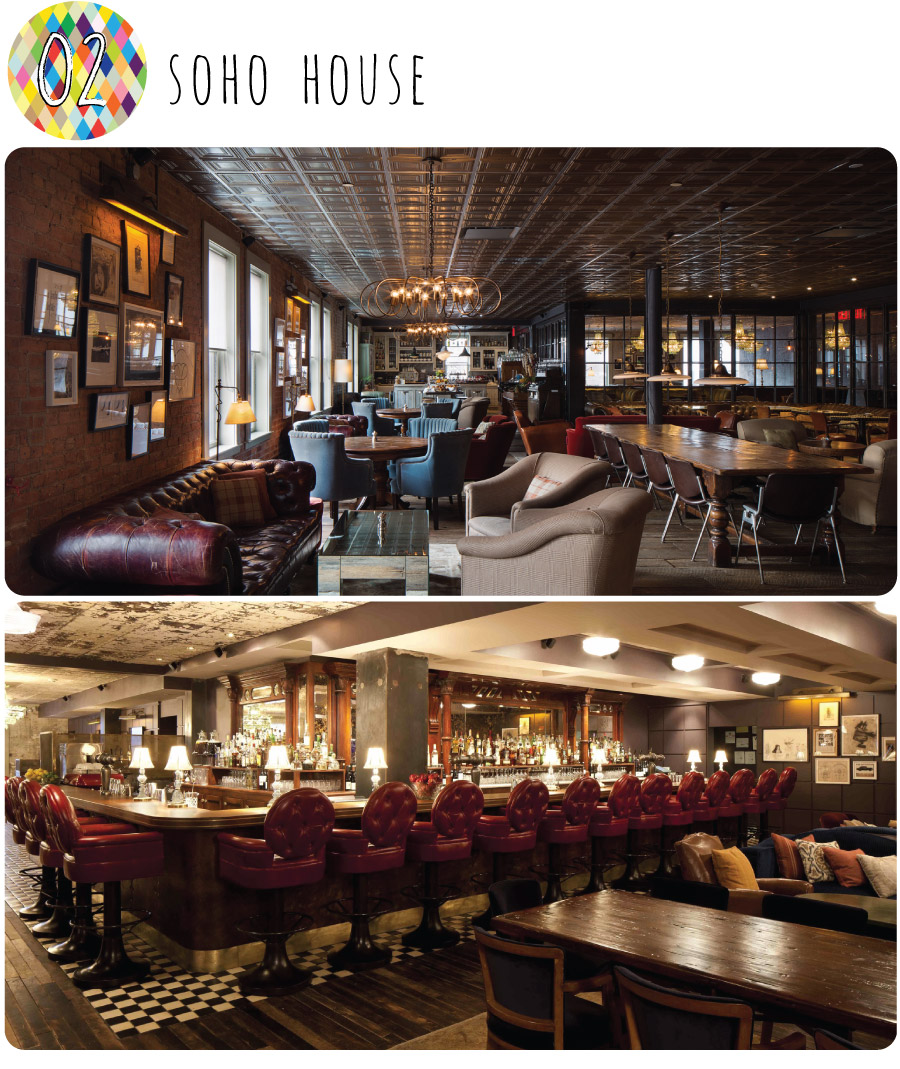 This is the members only spot.

You can find a Soho House at most big cities around the world (I’ve been to the NY, LA and Miami ones) and you can only get in if you’re a member or friends with one.

I went there for dinner before the Victoria’s Secret show party and almost gave up. On the party, I mean. I didn’t wanna leave the place – it was that good.

And by “that good” I mean all the beautiful people around!

The food is also pretty good. Brunch on weekends it’s super cool too, so find a friend who’s a member and go for it! 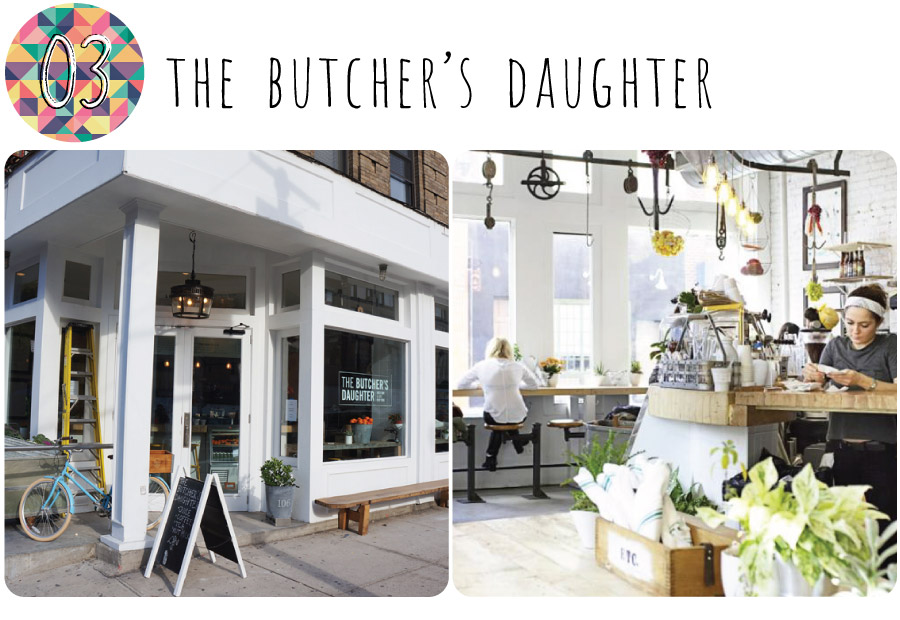 The Butcher’s Daughter. Let’s start by the name of the place. I’ve made up a story in my mind, about a girl who grew up watching her dad slaughter animals, all that pain, and so decided to do something about it: opening a super cute and delicious vegan spot.

I must confess I wasn’t very certain when I got there, since, for me and my child’s palate, food that’s both tasty and healthy is not easy to find. But I went for it.

The place is delightful, it was a beautiful, sunny day, so we sat by the balcony and I ordered the sandwich named after the restaurant. I love to go for the dishes named after the place, since it usually is their specialty.

Anyway, it was an incredibly delicious (gluten and dairy free, don’t ask me how) bacon and cheddar sandwich.

Feel like going back just at the thought of it.

And with a great audience too!

I’m definitely going back for brunch! 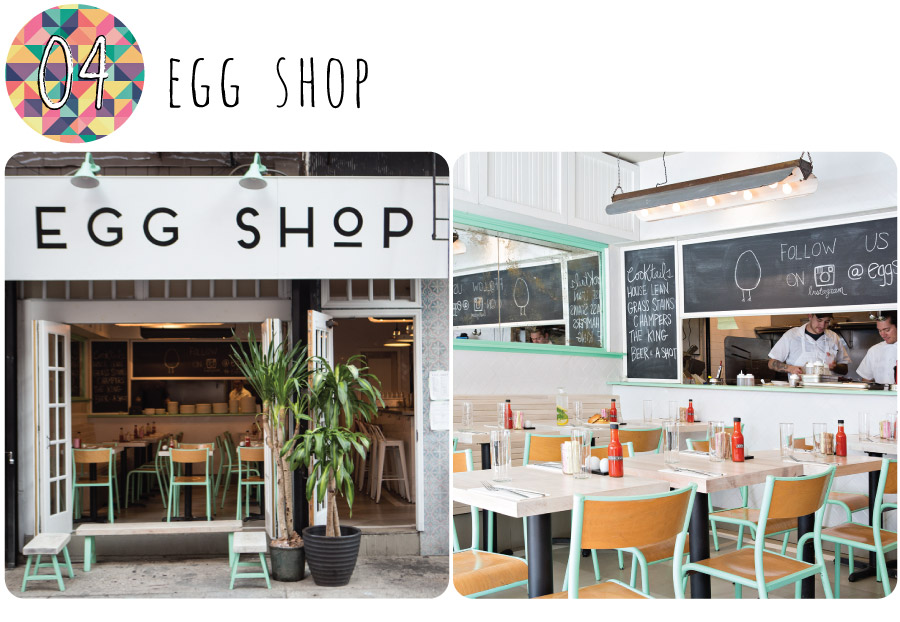 Right in front of Butcher’s there’s the Egg Shop – if it’s too packed you run to the Butcher’s which is much larger!

Yes, we have gluten, dairy and meat at the Egg. It’s a tiny, charming spot, Karlie Kloss’s go-to for brunch. Kind of like the new Gitane. That’s what I felt.

I didn’t eat there, got in and out ‘cause it was packed, but I’ll definitely be back to try it! 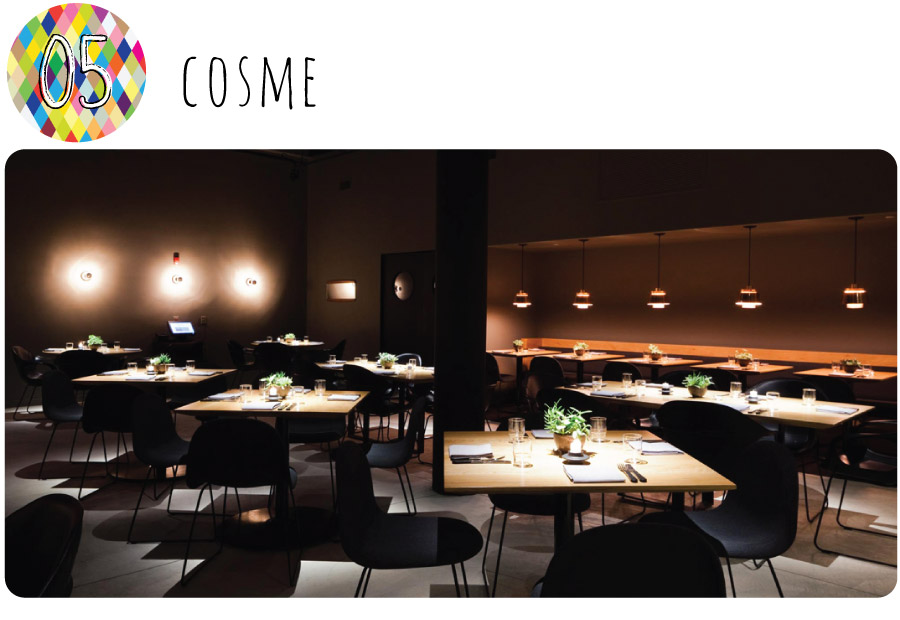 This one was recommended by some Brazilian friends who are living there!

Fancier, something more like Indochine but not as cool. Not that many cool people. More fancy people, you know?

In fact, I went to check it out because my friends told me it had just won some award of best in nyc, so I couldn’t let it out of my list.

Also a bit pricey, but if you’re in for a nice treat, it’s worth every penny! 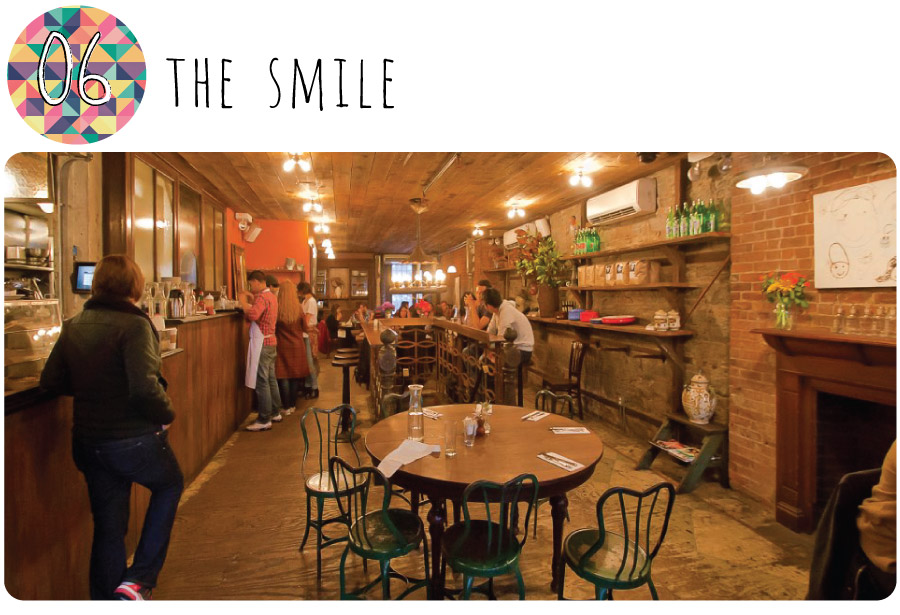 I LOVE The Smile and I didn’t even go there this time! I promised I was only going to new places, remember?

Fine, I had to make an exception for some places, but unfortunately The Smile wasn’t one of them. Too bad!

It’s a hidden, less popular spot, you know what I mean? More of a cool spot. I had about three meetings with important people who picked the place.

Less likely to run into tourists and it’s all pretty delicious! 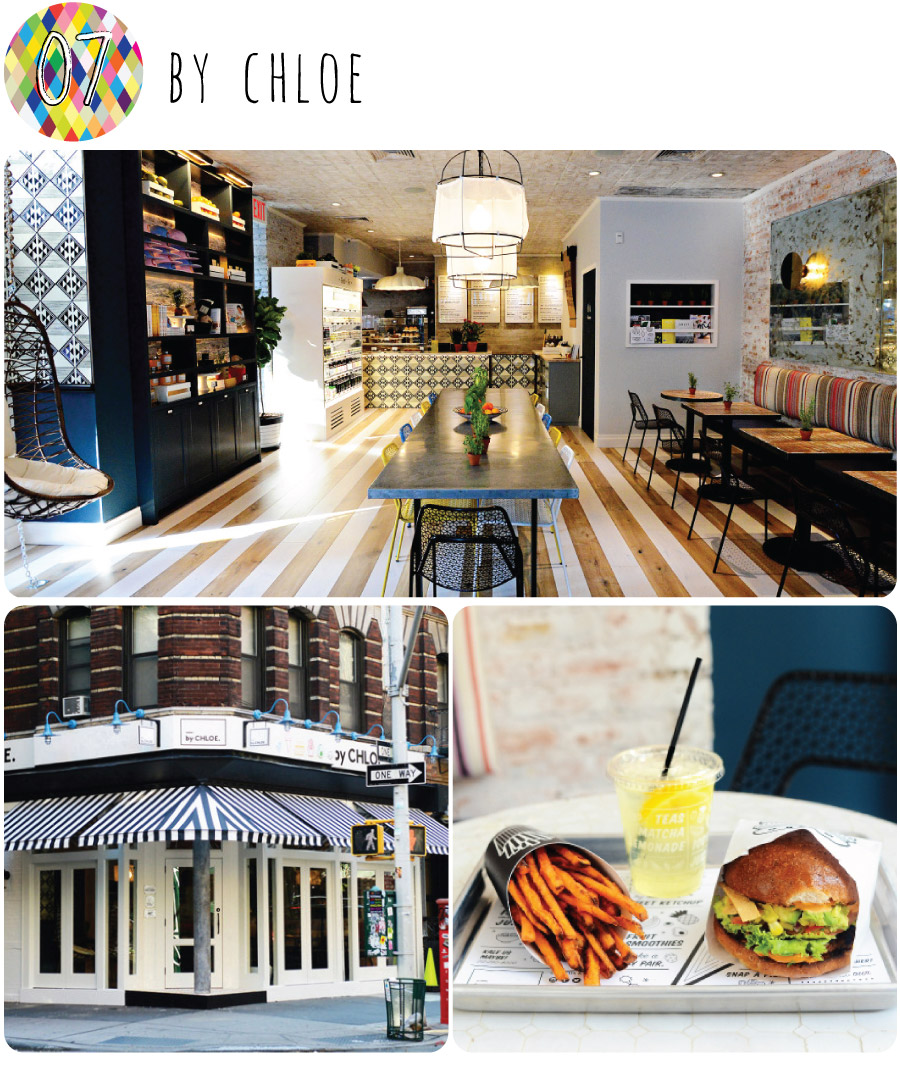 I fell in love with By Chloe!

Wanted to grab my laptop and spend the day working from there. Just sit and people watch.

Another incredible vegan spot! Except this one is less of a restaurant and more of a café, a quick bite. Not so much to sit and talk for hours, more grab-and-go.

They have a pretty famous vegan cheeseburger which is delicious! The muffins are amazing as well.

And everything I said for every place on this list: cool people all over the place… 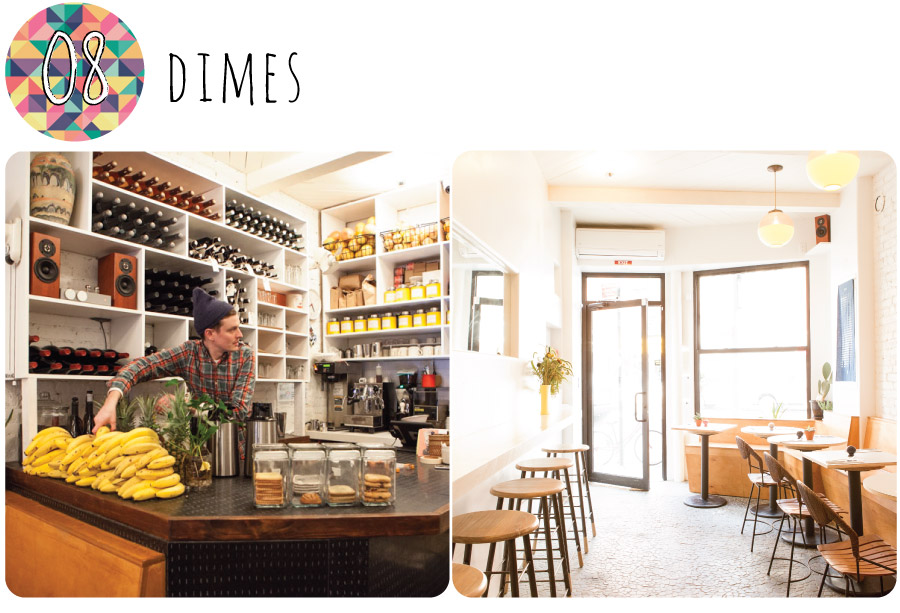 A Brazilian friend of mine (who also like boys and lives in the city for years now) that Dimes has the most handsome boys in all nyc!

I didn’t make it. I passed by it right after I ate, so I just got in real quick, scanned it and left.

And, yes, beautiful people only. So I included it on the list even if I didn’t eat there, since another two friends recommended it to me as well.

So if any of you guys go there, eat for me and tell me how it was! 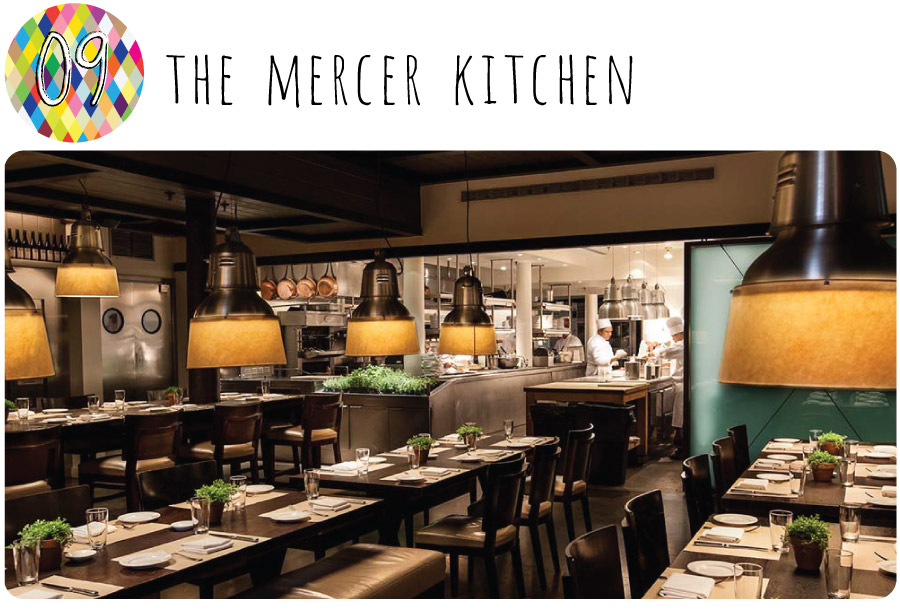 This is no news either, I’ve been there several times but I think I never mentioned it here. I went since Gabi Pugli said it was her favorite.

If you’re around, try the truffled cheeseburger and fries! 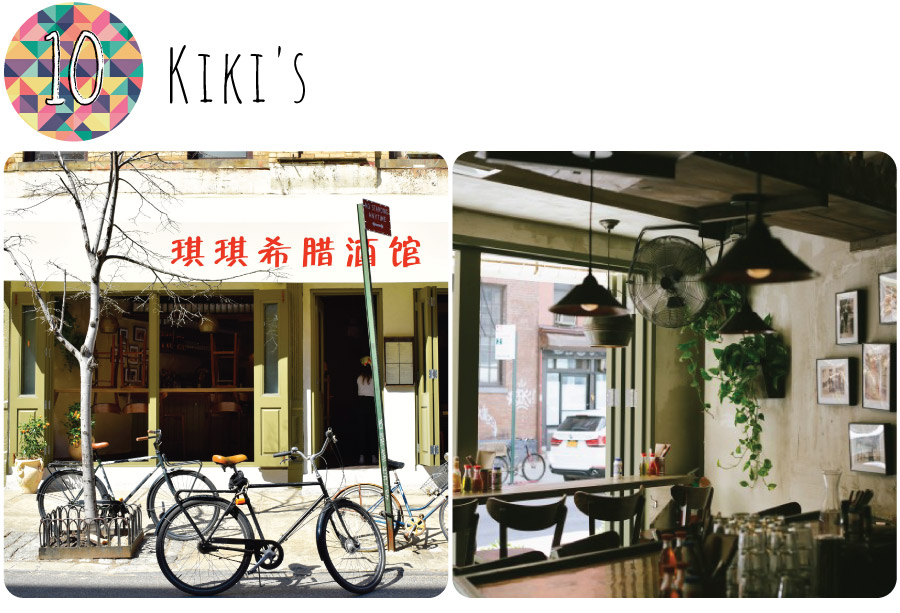 The last place is for Kikis. Pretty new Greek place (they opened in April, I think!) in the heart of Chinatown.

The entrance is on the picture, some chinese/japanese (I’ll never be able to tell them apart), no number, nothing. You just have to look for it, and you’ll find it quickly.

So… I went there because a friend whose taste I really trust said it was the BEST restaurant she’s ever been. Only beautiful people, amazing food, and all that.

Well, my experience wasn’t that good!

I got there craving some wine, tried all the rosés they had (no kidding!), then all the whites and I didn’t like any of them. Everything there is Greek, 100%. Even the salt on the table. It’s pretty traditional.

I tried some appetizers, had the moussaka and, really, it wasn’t all that.

I went there for lunch, so it was quiet. It’s a really tiny place, I guess the tiniest one I’ve been in nyc.

So I recommend that, if any of you want to try it, go for dinner and try to be as lucky as my friend, who went to the place three times in the 15 days she spent on the island and really enjoyed them all!

A bit of everything I’ve eaten…

Miss it so much already!

See you next time, nyc!