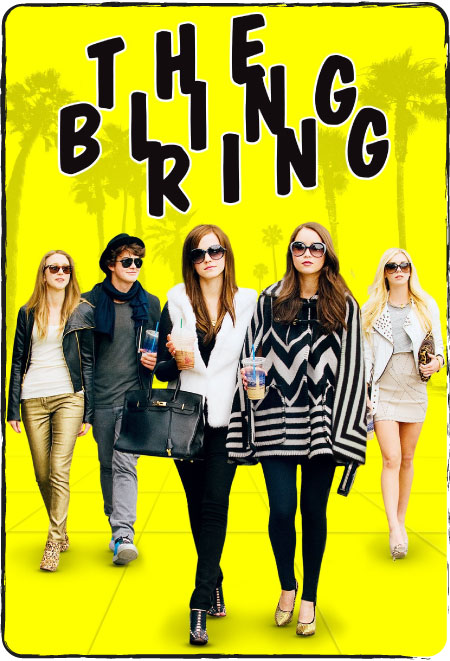 The result? I was neutral. Didn’t love it. Didn’t hate it either.

It’s a very well crafted movie, like any other by Sofia. It’s got that simple look but it’s actually not simple at all. Everything is planned to the tiniest detail. Every shot. Every physical action from the actors. Every breath.

You probably know it’s the true story of a gang of wealthy children who team up to rob the houses of celebrities they worship. That was enough to make me curious. But, at the end of the day, it didn’t grab my attention.

I even glanced at my watch to see how many minutes were left of the film (sorry, dear Sofia! But I have to be honest here! And I still love you forever!) and I left the movies feeling a bit empty. It’s nice to see how ironically she portrays American teenagers, the way they let things get to their heads, their exaggerated consumerism and superficiality as the drive of this generation. But I wanted more.

I guess I wanted to dive deeper into the personal struggles of each character. I don’t know… The worship to the gangster culture (what?) nowadays… Whatever. I just think there were more subjects to be explored.

Did you see it? Liked it?

I’m dying to see her next movie. This one wasn’t enough. It only made me want some more!

PS: Camis wrote the perfect post to those who are curious to see how the real-life characters are nowadays. Showing their faces, with links to twitter and instagram handles of those who have it. If you’re curious, just click here to read it!