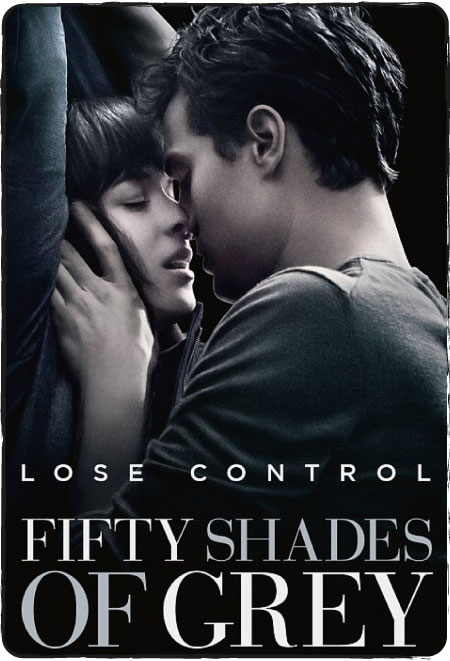 Pause from my Oscars Marathon (it’s coming! The ceremony will be next Sunday!) to talk about Mr. Grey because he deserves it, right?

Does him? What do you think?

I went to watch it last week. Avant premiére. I was counting the days. I imagine all of you who read the books were too, right?

So… I devoured all three of them. I even wrote about them here: first, second and third in 2012 (Gosh, time flies!). And now is time to talk about the movie.

I’m kind of late, actually. I was, in fact, delaying it, deciding if I should write about it or not. If yes, which words I should use…

I never told you that, but usually when I watch something and find it really bad, I don’t write about it. I just skip it. Instead of saying bad things, I prefer to say nothing at all. Because everyone has their taste, and something that didn’t work for me might work perfectly fine for you. So there’s a bunch of things I watch or read and don’t write about because it didn’t work for me.

There are also those things I don’t enjoy much but think are relevant, so I end up writing about them because I believe they’re worth watching for some reason. Anyway…

Tbh, 50 Shades is one of those movies I’d easily skip. But I spoke SO much about the books, waited for SO long for the film to be launched and you have asked for it SO many times that I decided to go for it.

Fair enough, right? I mentioned the subject, so let’s dive deep into it.

I thought the film was pretty bad. Pretty bad. I Left the movies frustrated.

Actually, I left it wondering if the books are as bad as the movie and I was abducted at the time. Because I devoured the books. I enjoyed them. Maybe it was the curiosity. A universe I didn’t know of and a bunch of sensuality. I don’t know. I left the movies a bit confused. How can I have loved the books so much and disliked the movie?

The movie is about the first book. I was pretty sure they would compile all three of them. But no, only the first. Sucks.

Then, the text… I remember that while reading the books, I went nuts with the texts they exchanged. The e-mails. The dialogs. There were some outstanding lines. With all the right words, you know? And in the movie? Well, that doesn’t quite happen. Really dull translation. Weak. Not much to it.

Didn’t like the cast very much either. No chemistry between the couple. Neither the actor nor the actress are able to make us flow with them, let alone them both together. I guess it’s something with their manners. We can see them trying. And it makes us laugh when it’s supposed to turn us on, you know?

Weak! The lines are so obvious and predictable that you can anticipate them. Not to mention the last scene…

Anyway, I didn’t enjoy it. And I’m dying to hear your opinion. Dying. Because when I wrote about the books, I got countless comments, so I know there are some people who read it all and certainly rushed to the movies. Will you tell me? Was I the only one frustrated or are we all on the same boat?

Now let’s just wait to see what they’re doing about the second book!